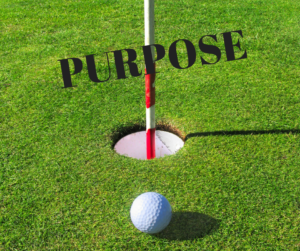 This week, because of your efforts, lives will be changed, legacies will be started and generations will be impacted.  What you do matters…..you make a difference.

HOW MANY PEOPLE DID YOU ASK TO JOIN THE NATIONAL GUARD LAST WEEK?

that juniors get two elective credits toward graduation for attending BT between their junior/senior year. Request a copy of System Procedures and Policies Handbook from the school board to verify this rule has not been rescinded or withdrawn. Contact your first-year college students to see if they returned to college. Ask about their second semester financial situation.

2-3. History and the Role of the ARNG

The ARNG is America’s oldest military organization, tracing its heritage to the first militia units organized in the Massachusetts Bay Colony on December 13, 1636. The ARNG was founded on the tradition that it is both a privilege and a responsibility for able-bodied citizens to bear arms for the common defense of their community and nation. Since its inception, ARNG citizen-Soldiers have fought in every American war from the Pequot War of 1637 to Operation Desert Storm in 1991, as well as Operation Iraqi Freedom, and peacekeeping missions around the world. See www.virtualarmory.com for more historical information.

Throughout our nation’s history, our elected leaders have shaped our military forces to meet the changing domestic and/or international environment. As we once again face an era of constrained defense budgets and a shift toward an increasingly demanding domestic agenda, our leaders have an opportunity to develop a mixture of military forces to meet current and future needs at an affordable cost. The ARNG’s cost-effectiveness has been and will continue to be an essential part of this equation. The Department of Defense’s (DoD) Total Force Policy Study and the Congressional Budget Office estimate that ARNG units cost 25 percent of the cost for similar active Army units. These costs include pay and allowances, full-time support, operations, maintenance, and training funds as well as Army and DoD overhead.

The ARNG has units located in 2,700 communities throughout all 50 states, Puerto Rico, Guam, the Virgin Islands and the District of Columbia. It operates and maintains 3,360 installations supporting training, aviation,

administration, and logistics to sustain and maintain the ARNG’s readiness and presence throughout the United States and its territories.

During most of our nation’s history, our full-time or “Regular” armed forces have been very small. Only since the end of World War II has the United States maintained a large, peacetime military force on active duty. Prior to 1940, the United States met its military needs with a small full-time force, augmented by ordinary citizens who were also part-time Soldiers. These citizen-Soldiers, originally known as “militia” gathered regularly to practice military skills.

Today’s ARNG is the direct descendent of the militias of the thirteen original English colonies and it has ties to both the State and federal governments. As the oldest component of the armed forces of the United States, the ARNG has sought to provide quality service to our customers-the American people.

The ARNG is a fully integrated partner in the Army, and is dedicated to protecting the fundamental interests of our nation and its citizens. At home we are the first to respond to domestic needs. Overseas we are essential to America’s forward-deployed forces. We are a large part of the TOTAL FORCE.

Our federal role is to support the United States’ national security objectives, as we did on the front lines in Operation Desert Storm, Operations Noble Eagle, Enduring Freedom and Iraqi Freedom. We also provide humanitarian relief and other forms of national assistance worldwide in places like Bosnia and Kosovo.

Our State role is to protect life and property, and preserve peace, order and public safety. The Los Angeles riots, forest fires, hurricanes Andrew and Iniki and Katrina, and typhoon Omar are examples of the ARNG answering the call.

In the community, our role is to participate in local, State and national programs that add value to America. We support community activities, provide medical assistance to under-served areas and work with youth at risk programs to improve skills needed for success.

PART ONE: THE BASIS OF LEADERSHIP

CHAPTER 2:  ROLES AND LEVELS OF LEADERSHIP

6-22. Leaders influence others to achieve some purpose. To be successful at exerting influence, Army leaders have an end or goal in mind. Sometimes the goal will be very specific, while many are less distinct and unmeasurable, but are still valid and meaningful.

6-23. Leaders in command positions use commander’s intent to convey purpose. Commander’s intent is a concise expression of the purpose of the operation and the desired end state. Leaders communicate purpose with implied or explicit instructions so others may exercise initiative while maintaining focus. This is important for situations when unanticipated opportunities arise or the original solution no longer applies.

Make sure you have listened to my interview with Tom Freese, Episode 126.

King Solomon:  If the iron is blunt, and one does not sharpen the edge, he must use more strength, but wisdom helps one to succeed. (Ecclesiastes 10:10 ESV)